The Urban Gardeners is a thriving gardening group based in Leicester, transforming limited green spaces into allotments.

The Urban Gardeners is a thriving gardening group based in Leicester. Many of the group are classed as vulnerable. They have transformed green spaces into allotments, growing an abundance of seasonal food, which they shared with their community.

“We like to think of ourselves as a bit of village hall”, says Dawn Page, Activities Manger.

Rooted in the back garden

The Urban Gardeners project began when Catherine, a trained horticulturalist, approached Fearon Hall about setting up a gardening group to give something back to the community.

With a vision to inject some love back into the garden, they applied for a Get Togethers Small Grant to buy gardening tools, seeds, plants and seed trays. Dawn was also able to use the money to publicise the Urban Gardeners - Therapeutic Gardening Group, which began to meet in May 2021.

Every Saturday morning, a small group gathered in Fearon Hall’s café and began their gardening session with food and a hot drink. This gave people an added incentive to attend the garden group.

The group welcomed people with a range of different skill levels and abilities, who came to learn and build confidence in growing. Some people could dig, weed and tidy whilst others could sow seeds.

As Fearon Hall’s back garden started to take shape, their enthusiasm for improving the green space around them grew. The Urban Gardeners began cultivating six raised pallet planters situated outside the front of Fearon Hall. Other service users and groups that met in the hall, such as the Cub Scouts, also were encouraged to get involved and began to plant up the containers.

The smaller, less daunting responsibly of tending to a planter made the task of gardening manageable for these groups as well as for elderly individuals. Dawn explains: “we intermingled the flowers with vegetables and herbs and salads to use in our café kitchen.”

The Urban Gardeners did not stop there. After gaining permissions from the council, they removed some unsightly shrubs from an area next to the road and improved the soil before they got planting.

They created a fantastic allotment area on the beds along the road offering free vegetables for residents and passers-by to help themselves to.

"It is not just for us to use, we did it to look pretty for everybody. We will use [the produce] in the café … but it is for anybody who is walking past and all these vulnerable people that come to Fearon Hall. If they need some broccoli, they can just go and pick and take it home and eat it.”

The amazing achievements of Dawn, Catherine and Urban Gardeners volunteers has been praised by judges from the Royal Horticultural Society Britain in Bloom Awards.

Dawn had the idea to start a ‘Swap Drop’ at Fearon Hall to share the seasonal and local food grown by Urban Gardeners with the community. This allowed people to donate surplus plants or produce, as well as take any away for free.

Teaming up with other community stakeholders, Transition Loughborough Community Allotments and Loughborough University’s Landscape and Gardening Society, they refurbished a second-hand market cart that was placed outside Fearon Hall every Saturday.

The Swap Drop was a huge hit with the locals, advertised using posters at local allotments and it was so popular that the market cart was opened for three days a week throughout the summer and autumn.

Throughout September and October, the Urban Gardeners provided an abundance of local and seasonal produce to their community. They were contacted by another local community group, Lions, who brought so many apples they were overspilling out of the barrow but still all went! Lots of pumpkins were donated too, which were popular during Halloween.

Dawn hopes that the Swap Drop can become a permanent feature at Fearon Hall throughout spring, summer and autumn. 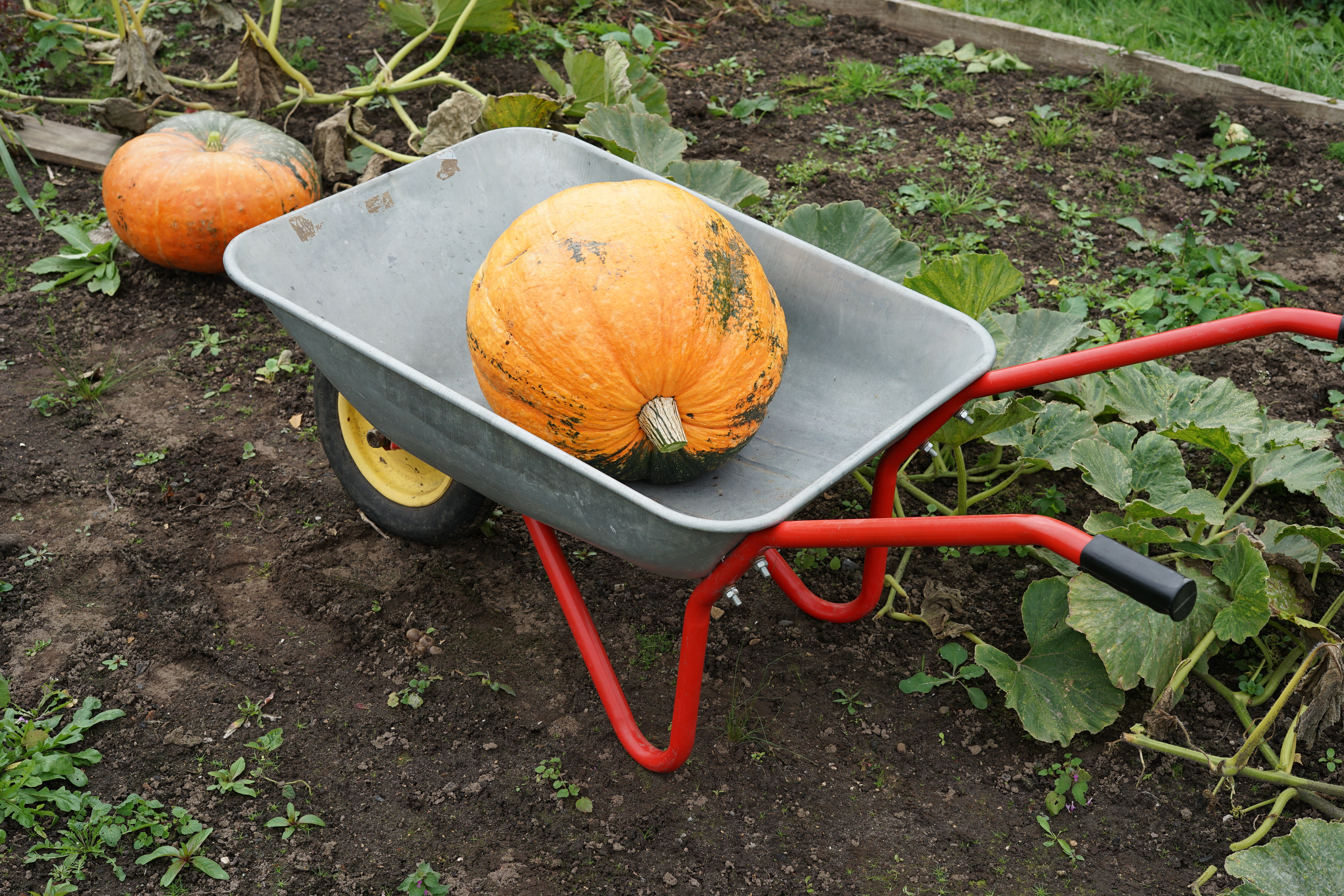 Dawn explained that the small grant has helped connect so many people through gardening, saying “we couldn’t have done it without that initial input.” With this support they had the resources to transform green spaces into beautiful allotments, while bringing people together.

“What started off as a gardening group became a lot more. We didn’t ask for formal feedback but the fact they kept coming was enough for us. It’s amazing how far £150 has gone”

The Urban Gardening group aims to kickstart their growing activities again at the beginning of the Spring 2022.

Interested in holding a growing activity with your community? Find out how to register for Plant and Share.